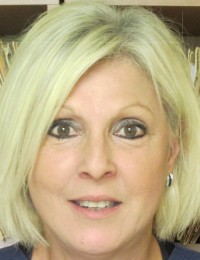 If you have a dog (especially if it’s a chihuahua) chances are you have met Janet as she swept up front to tell your baby hello.  Janet can’t resist the chihuahuas, but loves all animals equally.  Janet joined the Maple family in September of 2014 to work as a Technician and also assists her Doctor when they are performing Surgery.  Janet’s love for animals is displayed every day as she patrols our kennels and takes care of the patients who are staying with us.  Janet has worked for many years as a Veterinary Technician, and has also attended animal behavior classes.  We count on Janet’s eagle eyes and vigilant patient care.  Janet and her husband Wayne live on the westbank with their chihuahuas Bella, Josephine and Selena, and their mixed breed Charlie.